Roman numerals are a numbering system used by the ancient Romans in Ancient Rome and which was used throughout the ancient empire of Rome and whose use was widespread in Asia and North Africa.

Values of the main Roman numerals

The basis of the Roman numerals is found in 7 letters that have a value and that combined with each other following some rules can be obtained any Arabic numeral in Roman nomenclature. The 7 letters with which the Ancient Roman numbering system works are:

Lists of Roman numerals sorted from largest to smallest

Discover the different lists of numbers ordered from largest to smallest. Lists of Roman numerals one by one or in blocks of numbers: 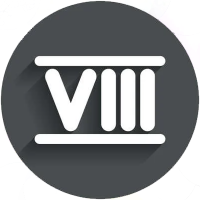 We use third-party cookies for statistical analysis and ads. By continuing to browse you are agreeing to their use. More information